A Pennsylvania native, Martin completed undergraduate studies in anthropology, cogntive psychology, and English at the University of Pittsburgh. He graduate headlong into the 2008 GFC, which provided him ample opportunity to think deep thoughts about the influence of things like labor, debt, and consumption on the social constitution of relations and subjectivity. After a while, he was saved from perpetual overemployment and near-penury by Dr. Natasha Tokowicz, who took him on as a research assistant to study the psycholinguistic underpinnings of multilingualism (Martin's forever grateful to her for that). Yet, Martin increasingly found himself interested in broader questions of society and culture. He eventually matriculated to the University of Chicago to pursue graduate studies in anthropology and archaeology. He came with the intention of studying shifting patterns of consumption in Iron Age France under the direction of Prof. Michael Dietler, but after about 10 weeks of class with Prof. Joe Masco, Martin found himself falling towards a hermeneutic black hole. Not wanting to waste a good opportunity, Martin started taking notes, and has been carefully documenting the process of being torn apart ever since. He's spent extensive periods in France and Western Europe (his area of 'expertise'), as well as Australia, South America, and most recently Turkey. Martin has a ludic temperment, which often shows itself in the writing of autobiographical statements. 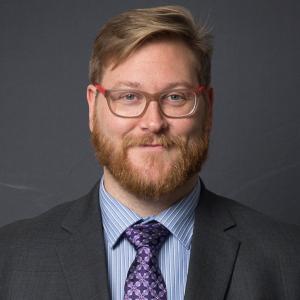