Associate Professor of Anthropology and of Social Sciences in the College

Core Faculty Member, The Institute on the Formation of Knowledge

I am a cultural anthropologist who studies and theorizes health, medicine, the state, subjectivity, and psychoanalysis.  My research intervenes in debates of medical anthropology, the anthropology of the body, and Latin American and Caribbean studies.  Across my work, I aim to ask: What constitutes health or well-being, or the notion of a healthy subject, to whom does it matter, and why?

Over the past two decades, my overarching research questions have sought to weave together historical, epistemological, and ethnographic modes of analysis into a theoretical approach that I call a ‘genealogy of individual bodily practices’. Within this framework, I examine the sometimes contradictory and overlapping relationships among quotidian individual practices, economic reform, and state power. This approach can help to unravel the multiple historical layers that contribute to bodily formations, both culturally and materially, and allow us to examine the lived experience of bodies critically. My first book, Revolutionary Medicine: Health and the Body in Post-Soviet Cuba (Duke University Press, 2012), employs this analytical lens to analyze how different sociopolitical fields create and transform political subjectivities. It urges scholars to delve into the nebulous field of embodiment, asking pointed questions about how subjects respond, enact, and rearticulate ideological assumptions in their everyday practices.

Currently under contract at Duke University Press, my second monograph, Global Health, Otherwise: Cuba and the Politics of Humanitarianism, examines the absent-presence of Cuba’s international solidarity humanitarian efforts as a non-event in the contemporary global health landscape.  Under the umbrella of solidarity missions, Cuba has dispatched tens of thousands of medical brigades to geographically diverse locales since the early 1960s.   In scope, depth, and breadth, the magnitude of this brand of humanitarianism far outpaces the most iconic faces of the contemporary global health industry, such as Doctors Without Borders, the Red Cross, or UNICEF.  Despite these efforts, Cuba’s quest for global health equity occupies the margin, or the subaltern, in the global health landscape, even for a field that uncritically celebrates quantitative metrics.  Essentially, Cuba is the so-called alternative or exception in mainstream debates about global health equity.  What, then, are the structuring logics shaping global health’s dominant script—that is, the problematics, concepts, methods, and practices—that render different imaginaries of care and aid as illegible and thus unthinkable?

Another project underway, Armed Against Unhappiness: Psychoanalytic Grammars in Buenos Aires, explores how psychoanalysis has produced an ensemble of institutions, expertise, procedures, and practices. Through this, psychic life has become legible and an actionable site of intervention, dislocation, and struggle. I examine how diverse psychoanalytic communities in Buenos Aires have produced distinctive grammars that influence how individuals articulate ideas about health and well-being. Through detailed case studies, I flesh out how these grammars, deictic expressions of/for the unconscious, are deployed, reworked, and embodied in everyday interactions. I highlight how social and political experiences enmesh psychic life.

For access to my publications, see my academia.edu profile.

Global Health, Otherwise: Cuba and the Politics of Humanitarinism (under contract Duke UP) 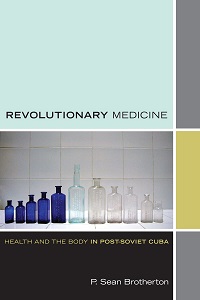 2008
"'We have to think like capitalists but continue being socialists': Medicalized Subjectivities, Emergent Capital, and Socialist Entrepreneurs in Post-Soviet Cuba," American Ethnolologist, 35(2): 259-274.

2005
"Macroeconomic Change and the Biopolitics of Health in Cuba's Special Period," Journal of Latin American and Caribbean Anthropology, 10(2): 339-369. 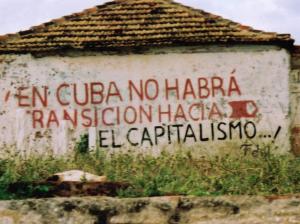