Ryan Cecil Jobson is an anthropologist and social critic of the Caribbean and the Americas. His research and teaching engage issues of energy and extractivism, states and sovereignty, climate and crisis, race and capital.

His first book manuscript, The Petro-State Masquerade, is a historical ethnography of fossil fuel industries and postcolonial state building in Trinidad and Tobago. Excavating more than a century of commercial oil, gas, and petrochemical development, Jobson theorizes how the tenuous relationship between hydrocarbons and political power—enshrined in the hyphenated form of the petro-state—is upheld through a “masquerade of permanence” sustained by speculative offshore and deepwater extraction. Meanwhile, working class Trinbagonians play a mas of their own—in the form of strikes, protests, and the Carnival road march—to stage direct democratic alternatives to the fossil economy.

Jobson is at work on two subsequent projects: A collection of essays on climate change and the receding horizon of habitability in the Caribbean and a manuscript on anthropological theory and method in an era of climate extinction.

Jobson holds faculty appointments in the Committee on Environment, Geography, and Urbanization (CEGU), the Center for Latin American Studies, and the Department of Race, Diaspora, and Indigeneity. He is Associate Editor of the journal Transforming Anthropology and sits on the editorial boards of Current Anthropology and Small Axe.

Calypso Mike: A Caribbean Tribute to the California Kid. Contemporaries at Post45. August 4.

Comment on Shreya Subramani’s “The Entrepreneurial Catch: Towards an Analytic of Racial Responsibilization.” Current Anthropology 63(4): 677-678.

States of Crisis, Flags of Convenience: An Introduction. small axe 62: 67-77.

Road Work: Highways and Hegemony in Trinidad and Tobago. The Journal of Latin American and Caribbean Anthropology 23(3): 457-477.

The Decolonizing Generation: (Race and) Theory in Anthropology Since the Eighties. With Jafari Sinclaire Allen. Current Anthropology 57(2): 129-148. 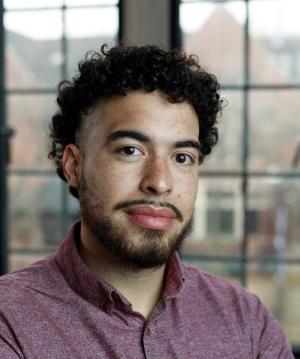