Assistant Professor of Anthropology and of Social Sciences in the College

Mareike Winchell is a sociocultural anthropologist working at the intersection of critical indigenous studies, the anthropology of history, and emergent bureaucratic cultures, particularly in regard to environmental governance. Her current book project, After Servitude: Indigenous Refusal and the Undoing of Property in Bolivia draws from twenty months of ethnographic and archival research to critically intervene in academic and popular debates on indigeneity, colonial afterlives, and resource politics. Based on fieldwork she conducted in Bolivia between 2010 and 2012 and in bi-yearly research trips since, the book foregrounds the multiple, often incompatible approaches to the nation’s violent agrarian past as they animate reform proceedings as well as disputes among unionists, local political leaders, mining elites, and the kin of former hacienda masters and servants. Since 2006, the National Institute of Agrarian Reform has undertaken an aggressive program of land titling aimed at clarifying rural land use and upending informal arrangements of unpaid labor. By combining GIS data with older survey maps, reformers seek to convert untitled land into property in order to resolve conflicts stemming from undefined ownership. Despite impassioned reform efforts, indigenous workers, Quechua-speaking servants, and former hacienda masters and their families remain bound up in aid relations guided by expectations that rural elites atone for past violence through the exchange of money, material aid, labor, and even land to former servant families. This book offers an ethnographic account of these intimate zones of inter-familial aid and alliance to show how they muddled bureaucratic attempts to enact atomistic property—an idea guiding reformist orientations to land as well as to people. It argues that Quechua groups’ refusals of land titles and their insistence that authorities uphold obligations accrued by the hacienda past can be understood as an effort to undo property as a normative model of autonomous mastery both over space and of the self.

Winchell is developing two new research projects that build on her scholarly interest in questions of indigeneity, sexuality, and environment. These projects center on exploring: (1) the sexual and racial politics of socialist land redistribution in Ayopaya from the mid-2oth century to the present and (2) how Quechua ontologies of land and place shape highland migrants’ agricultural activities in lowland Santa Cruz de la Sierra, the site of widespread Amazonian forest fires in summer 2019. The first project, tentatively titled Just Documents: Property, Possession, and the Postcolonial Archive, builds from archival and ethnographic materials collected at Bolivia’s National Institute of Agrarian Reform to explore the legal claims of out-of-wedlock children (“natural children”) who were born within haciendas after 1953 and were not recognized by their master fathers. By looking at how hacienda intimacies come to scale across place, the project theorizes sexuality as a spatialized relation that has materially reshaped the countryside in the wake of racialized labor violence. A second project, On Fire: Kawsay as Earth Politics in Post-Blaze Bolivia, undertakes a comparative ethnographic study of the ways that highland migrants of Quechua and Aymara descent make sense of controlled burning techniques in the lowland region of Santa Cruz de la Sierra and, conversely, the stigmatization of those techniques by lowland groups and the global media. The project asks how, in a moment when President Evo Morales’ Movement toward Socialism (MAS) party agenda is facing dramatic backlash, smoldering Cruzeño forests operate as key sites of national and international disagreement over resources, legitimate indigeneity, and planetary futures.

Winchell’s writing and digital scholarship has appeared in Hau: Journal of Ethnographic Theory, Cultural Anthropology, and the Journal of Peasant Studies. Her work has been supported by generous grants and fellowships from the Josephine de Karman Fellowship Trust, the Wenner-Gren Foundation for Anthropological Research, UC Berkeley’s Townsend Center for the Humanities, and UChicago's Center for International Social Science Research (CISSR). Winchell is currently a Faculty Fellow at UChicago's Franke Institute for the Humanities.

2018    “After servitude: bonded histories and the encumbrances of exchange in indigenizing Bolivia,” Journal of Peasant Studies 45(2): 453-473.

2015    Review of Along the Bolivian Highway: Social Mobility and Political Culture in a New Middle Class, by Miriam Shakow. Latin American Politics and Society 57(3): 155-180.

2020    “Ethics,” for an edited journal volume celebrating the work and thought of Saba Mahmood. To be published in Debates do Ner (in Portuguese). With an introduction by Judith Butler.

2020    “Equivocal Landscapes: Ontology, ecological risk, and Quechua devotional practice in Ayopaya Bolivia,” chapter in Life in the Extractocene: Risk and Hope across Indigenous Worlds, edited volume for University of Pennsylvania Press, with a conclusion by Marisol de la Cadena.

2020    After Servitude: Indigenous Refusal and the Undoing of Property in Revolutionary Bolivia. Book manuscript (to be submitted for review in March 2020).

2020    “Unfree Exchange: Disruptive Itineraries of Labor Circulation in Bolivia,” to be submitted to the Journal of Economic Anthropology. 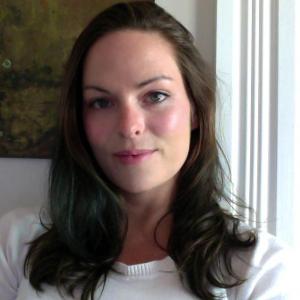