Assistant Professor of Anthropology and of Social Sciences in the College

Kathryn Takabvirwa is a social and cultural anthropologist. Her research centers on policing, citizenship, migration and mobility, governance, and the state in Southern Africa. She is interested in the ways people reconcile themselves to the idea of the state and of citizenship in light of histories of state violence. She is currently working on a book manuscript on police roadblocks in Zimbabwe. The ethnography presents a close examination of encounters between the police and those they stopped along Zimbabwe’s roads between 2012 and 2017, the period during which official police roadblocks proliferated throughout the country. Tentatively titled How to Ask for a Bribe, the book also explores experiences of commuting, as well as the policing of street vendors.

She is also interested in the politics of representation, and in the role of African fiction in interrogating and generating Africanist theories of power, intimacy, and citizenship. This summer, she will begin preliminary fieldwork on her second project, on marriage and mobility in contemporary Southern Africa.

Takabvirwa has also written on xenophobic violence in South Africa, following research on local governance and migration with scholars at the African Center for Migration and Society, in Johannesburg. 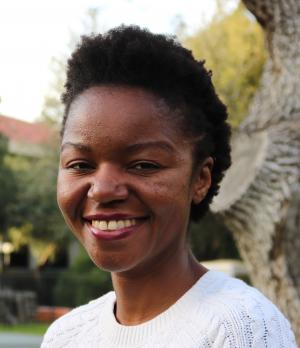