I am a historical anthropologist and archaeologist interested in material histories of French colonialism and imperialism. My research focuses on two areas, West Africa and post-independence Mexico, though I have also conducted research in the United States and the Caribbean, and maintain a keen interest in the Atlantic world and postcolonial France.

My first project focused on the Siin region in Senegal, and investigated the political changes that took place in the province over the past 400 years, how those were manifested in social landscapes, and how they shaped the lifeworlds of peasant communities. I was interested in the long-term relationship binding rural villagers with various configurations of state power, from the Atlantic era to present times. This forms the topic of my first book, Reluctant Landscapes: Historical Anthropologies of Political Experience in Siin (Senegal). The book argues that the material worlds that have organized rural life in the Siin over time have placed certain constraints on projects of rule in the region. While altering in response to broader political and economic forces, Siin’s ‘reluctant landscapes’ have imparted a distinct character to local modes of action and moral imaginations, whose effects continue to echo in the contemporary present.

My second project moves back in time to focus on Africa’s early modern history, particularly the murky period enfolding the few centuries before and after the moment of Atlantic contacts. The Atlantic era has often been understood as a momentous rupture, yet a full picture is made difficult by limited evidence. I am currently working on a study that draws on archaeological archives to revisit the question of Atlantic transitions in Senegal and assumptions that have structured writings about this period. Preliminarily titled A Tale of Two Villages: African Rural Communities Astride the Atlantic Divide, this book manuscript lends a comparative look at the material pasts of two settlements, one along the coast and one in the hinterland, in Siin between AD 1300 and 1700. Tracking change and resilience in spatial organization, trade, social life, and ritual practices, it attempts to map the different historical rhythms that have carved Siin’s countryside across the Atlantic threshold.

Most recently, I shifted geographic horizons to begin studying the material dimensions of the French colonial presence in Mexico and its legacies in the present. This project spans two hundreds years, from the establishment of French agricultural colonists in the state of Veracruz in the 1830s to descendent communities today. Focusing on the present-day municipio of San Rafael, this work interrogates how communities have mobilized and reconstructed ideas of Frenchness to mediate their integration into Mexico’s political-cultural space. It also links to broader questions about: 1) the historical construction of French identities at the periphery of empire (e.g. how ‘being French’ was felt and imagined outside of metropolitan France), 2) the politics of Frenchness in contemporary Mexico, and 3) the role that objects, architectures, and landscapes have played in the making of different histories of Frenchness – and what lessons they bring to conversations about national identity in today’s France.

My other interests include: 1) the history of Catholic missionaries in Senegal, especially the nature of their interaction with the French colonial state and African communities they sought to convert, 2) The non-human materialities of empire and colonial governments (peanuts, rice, millet, and ancestral spirits, in particular), 4) Rural mobility and poverty in 20th-century Senegal, and 5) The historical construction of ‘Frenchness.’

My teaching reflects these various topics, and I offer regular classes on materiality, space, political life, social and anthropological/archaeological theory, colonialism, peasants, race, and methods in historical archaeology, with a focus on Africa, Latin America, and France. 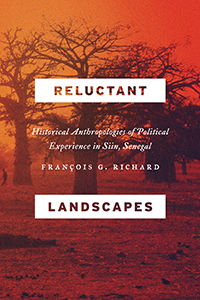 2015
The African State in Theory: Thoughts on Political Landscapes and the Limits of Rule in Senegal (and elsewhere). In S. Wynne-Jones & J. Fleisher, eds., Theory in Africa, Africa in Theory: Locating Meaning in Archaeology, pp. 201-231. Oxford University Press.

2015
(F.G. Richard & K. MacDonald, eds.) Ethnic Ambiguity and the African Past: Materiality, History, and the Shaping of Cultural Identities. Contains “From Invention to Ambiguity: The Persistence of Ethnicity in Africa” (pp. 17-54) and “‘The Very Embodiment of the Black Peasant’? Archaeology, History and the Making of the Serer of Siin (Senegal)” (pp. 87-118). Left Coast Press.

2011
“In [Them] We Will Find Very Desirable Tributaries for Our Commerce”: Cash Crops, Commodities, and Subjectivities in Siin (Senegal) During the Colonial Era. In S. Croucher & L. Weiss, eds., The Archaeology of Capitalism in Colonial Contexts, pp. 193-218. Plenum Press.

2010
Response and Responsibility (Before and After the Facts): Postcolonial Thoughts on Ethical Writing. Archaeological Dialogues 17(1): 41-53.

2009
Historical and Dialectical Perspectives on the Archaeology of Complexity in the Siin-Saalum (Senegal): Back to the Future? African Archaeological Review 26(2): 75-135. 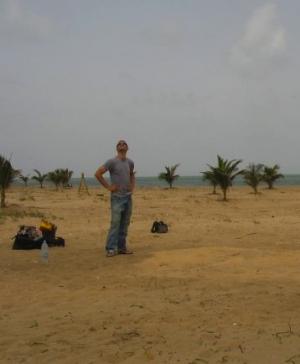