Dissertation Title: Mediations of War: Statehood, Criminality, and the Politics of Knowledge in Mexico

Her anthropological scholarship explores the forms of knowledge production and circulation that emerge in contexts of violence and democratic erosion. It analyzes how such knowledge helps constitute political authority. Her first book project, Mediations of War: Statehood, Criminality, and the Politics of Knowledge in Mexico, is an ethnography of how Mexican publics make sense of the “war on drug trafficking” amid its generalized violence and opacity. It examines how this knowledge, which takes forms like rumor, fiction, myth, and conspiracy theory, reveals how the drug war contradicts its purpose: it illuminates how the state resembles drug traffickers through collusion and lethal violence, while proving incapable of subjugating their mass appeal. The book project reframes drug warfare from a military confrontation between state and trafficker to a conceptual struggle about the relation between these entities, highlighting their charisma as a key source of power. This work theorizes the psychosocial effects of drug warfare and the affective-imaginary dimensions of political authority.
Her second book project, Femininity and the Drug War: The Wounded Body and the Politics of Visibility in Mexico, is an ethnography on gendered violence amid the drug war and feminist practices of resistance.
She is currently a Teaching Fellow in the Department of Anthropology and the College at the University of Chicago. 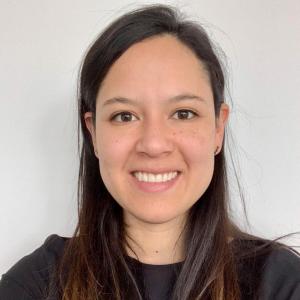