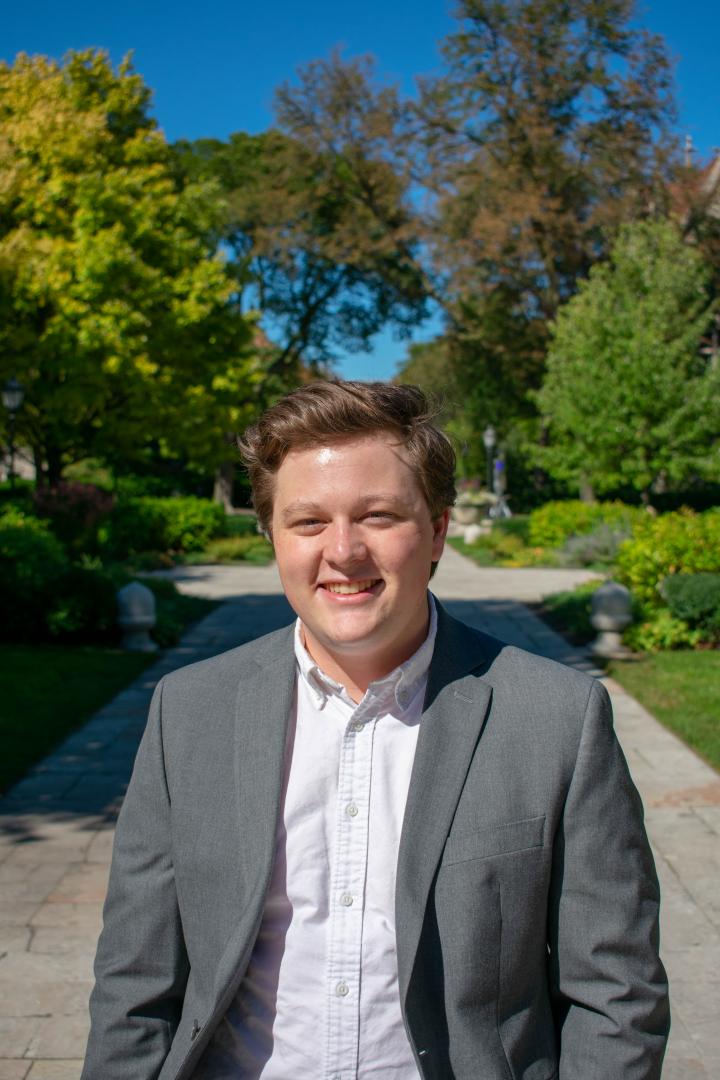 My thesis treats the concept of co-prosperity, which underpinned wartime Japan’s ambition to inaugurate a new world order, as a source for theorizing alternative universalisms to notions of liberal order. Against an approach which finds in co-prosperity a convenient cover story for Japan’s imperial expansion and violence, I treat co-prosperity as a contested field which different intellectuals laid claim to leading up to and during the war. I trace the trajectories of two visions of co-prosperity: the internationalist project articulated by the imperial state and the universalism of the philosopher Nishida Kitarō, of the leading intellectuals in early 20th century Japan. Attending to Nishida’s theory of history and his use of the concepts of nation and race, I argue that he developed a universalism of co-prosperity which was distinct from both the Japanese state’s project and the liberal internationalist visions of his Anglo-American contemporaries. As such I reckon with debates over Japan’s internationalist ideology during the war as well as arguments over Japanese intellectuals’ complicity with the state. But what I am ultimately interested in is how Nishida challenged dominant ways of thinking about universalism and world order. In that sense, the thesis also seeks a reconsideration of his thinking for a world in which many ordering concepts—self-determination, national liberation, nation-states, etc.—are both increasingly precarious and irrelevant to problems of a global scale. 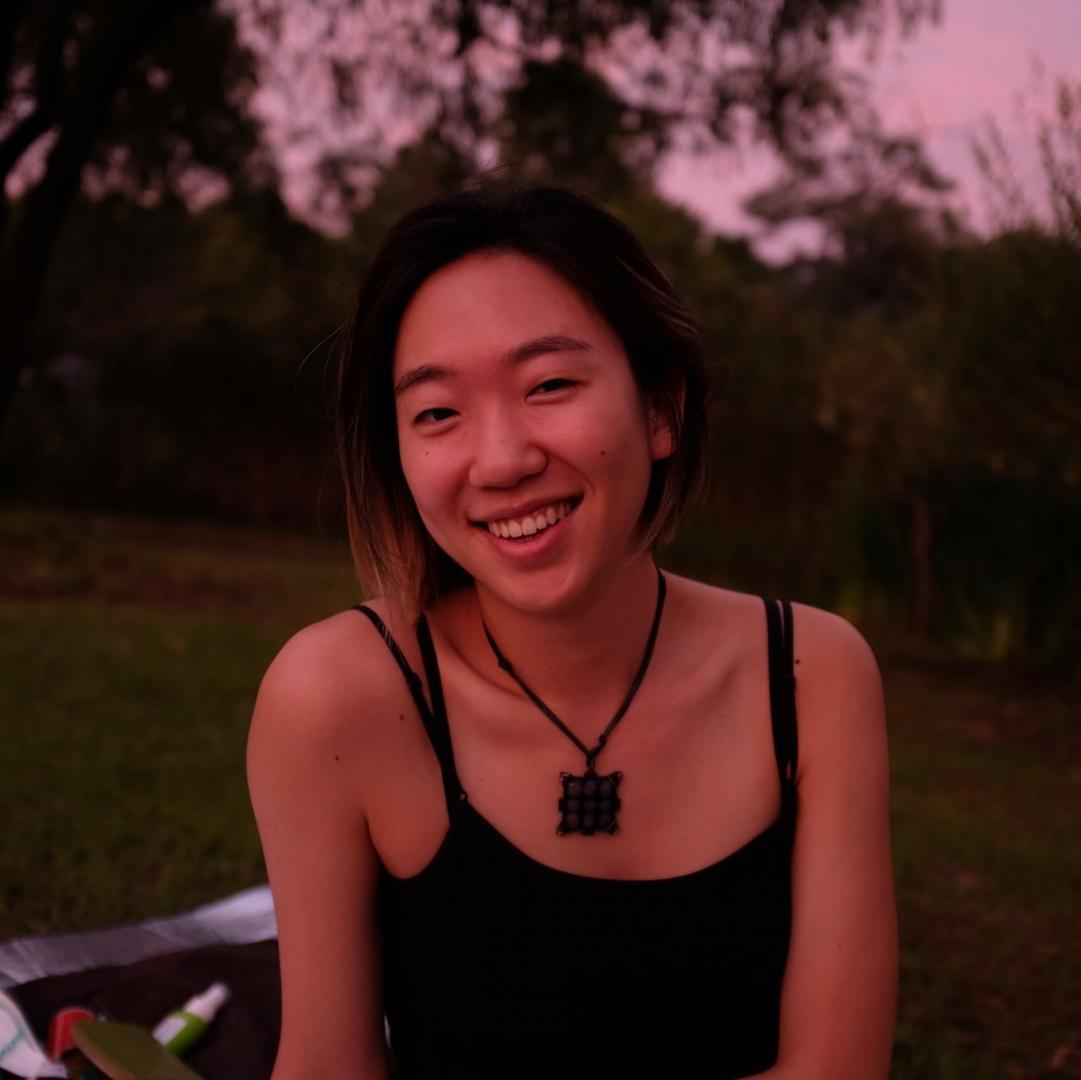 With the onset of COVID-19, cities around the world implemented exceptional social-distancing policies that have limited people’s access to the public realm, leading to larger concerns regarding citizenship and rights. Using these concerns as points of departure, my thesis examines the publicness of Gwanghwamun Square, an iconic public square in Seoul, through the semiotic landscapes and place discourses surrounding Seoul’s Inner-City Assembly Ban and Oct. 3rd ‘bus-walling’ incident. Both of these policies were purportedly enacted with the intention to prevent mass-contractions in the metropolitan region, yet debates regarding the excessiveness of these social-distancing measures provide a dense environment for thinking deeply about the publicness of Gwanghwamun Square. Upon the findings, my thesis argues that, despite the state-imposed regulations and surveillance at the Square, the people are devising innovative ways to dismantle these barriers. Further, such placemaking and land reclaiming efforts must not go unnoticed in future development projects at Gwanghwamun Square for it offers valuable insight into how South Korea can embrace the contested nature of this symbolic square, rather than reach for idealistic or unsustainable visions of ‘emptying’ or ‘de-bordering’ this space. 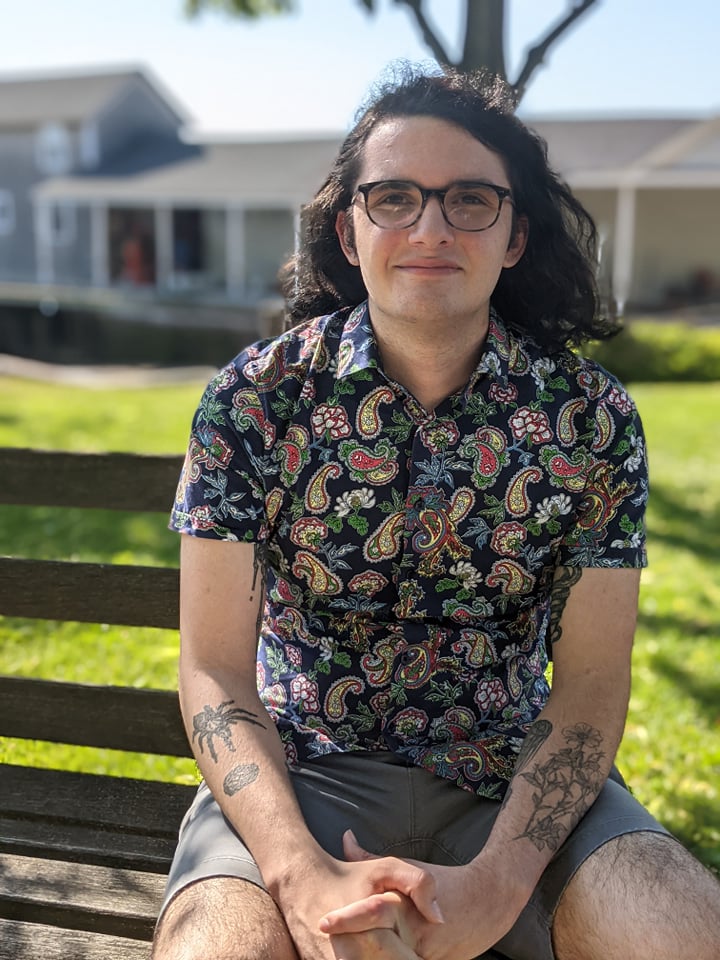 Qullasuyu Rising: Indianista-Katarista Politics, Paradoxes of the Plurinational State, and the Fall of Evo Morales

This work centers activist critiques of Evo Morales ostensibly decolonizing government in order to understand how growing alienation of indigenous social movements from the state-party apparatus contributed to his controversial fall in November 2019. The Aymara and Quechua activists of the Indianista-Katarista movement have developed vitally important theoretical contributions and critiques of Morales’s presidency and the plurinational state. These politics locate themselves within a well-established intellectual, political, and cultural canon established by successive generations of Indianista and Katarista political thinkers and Aymara community mobilizations in the altiplano. Working from this canon sets Fausto Reinaga’s Indianismo, and its theorization of the racialized Indio as a normative political subject and revolutionary agent, as the basis for another kind of anthropology. Borrowing from political ontology and activists’ criticisms of the traditional Left, this essay argues that Indianismo and Katarismo are anti-colonial political ideologies whose practices mobilize an ontological politics which goes beyond the nation-state but not necessarily the nation. Seeking to account for the denial of more radical indigenous political positions over a much longer and incomplete anti-colonial struggle, I undertake a close reading of Indianista-Katarista theory and history set alongside the mass protests for social change in 20th and 21st century Bolivia to analyze how Evo Morales and the MAS adopted—but also adapted—political symbols and ideas which arose independently amongst the masses engaged in anti-colonial struggle and interrogate the implications that this has for understanding the “Process of Change.” Perhaps more urgently, I discuss activist accounts of the events of November 2019 as part of this political tradition to understand why the social movements did not mobilize in Morales’s defense, and explore the local electoral developments in the aftermath of the year since—most pertinently in El Alto and La Paz. 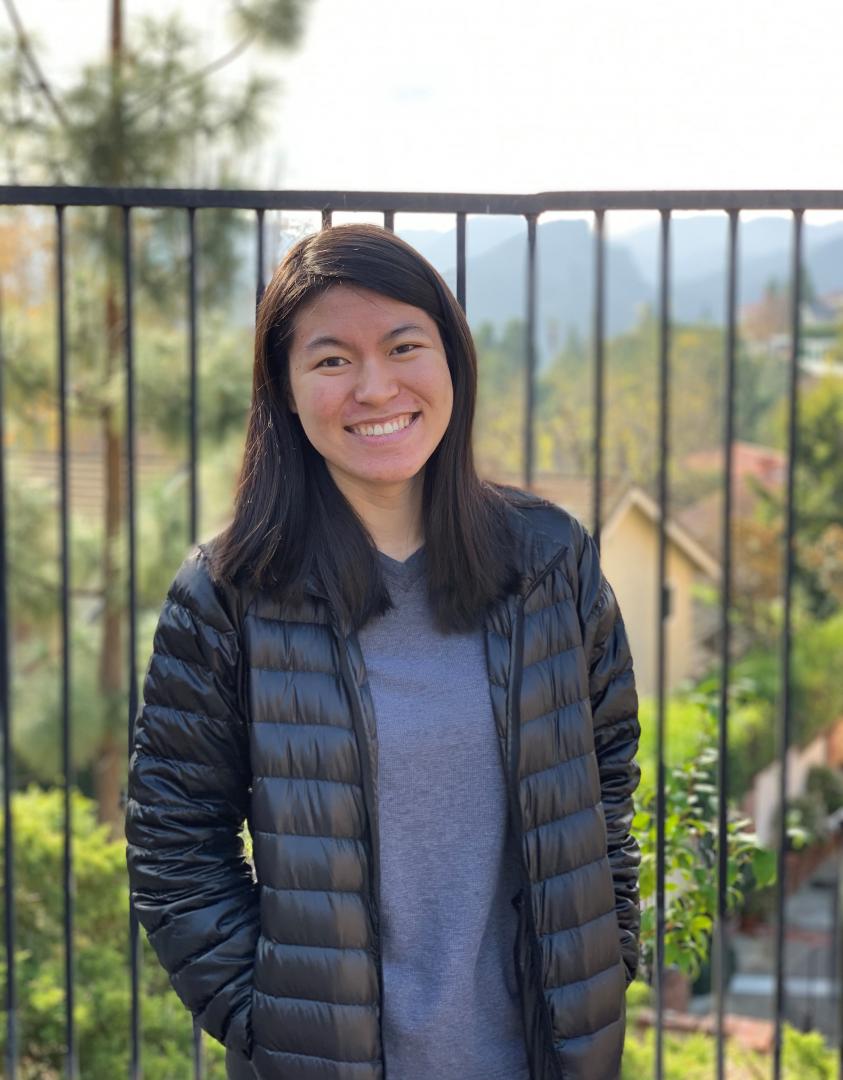 Virtual Theatre Technology and the Mediation of Theatre Creation and Performance

As the coronavirus has shut down aspects of public life in the United States since March 2020, theatre is one artistic field among many forced to re-evaluate its traditional ways of operating. The course of the pandemic has witnessed theatre-makers adopt the Internet, streaming technologies, and virtual platforms to continue creating their art. To investigate the impact of these technologies on theatre creation and performance, I center my digital ethnographic research around the University of Chicago Committee on Theater and Performance Studies’ 2020-2021 production of My H8 Letter to the Gr8 American Theatre, a play by Diana Oh critiquing the systemic inequalities found in mainstream theatre. Drawing on the concept of media ideologies and affect as well as differing approaches to liveness in theatre, I explore how the necessary use of “virtual theatre technology” under the coronavirus pandemic has given rise to tensions between what theatre creators intend and what the technology allows. I argue that the use of virtual theatre technology to allow these individuals to continue making theatre has developed a virtual theatrical production process distinct from in-person theatre’s production process. This in turn has mediated the social relationships necessary to carry out and participate in the production process as well as transformed understandings of theatre as an art form, frequently clashing with Oh’s political aims for the play. Ultimately, these changes may hold significant implications for understanding how technology and media can promote inclusion and exclusion in a virtual setting. 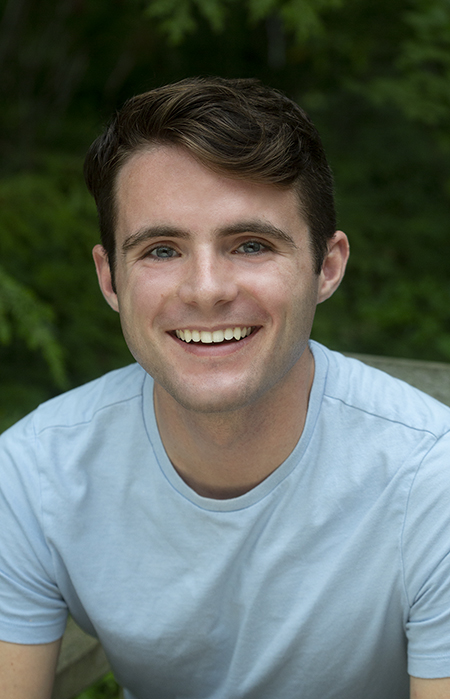 Over the past year, the COVID-19 pandemic has forced us all to dramatically reconsider how we exist within and engage with public spaces. Drawing from the exigency of this moment, I use practices of social distance (a framework taken from the context of the pandemic but with a long history in the social sciences) to explore the relations between public landscapes and the communities that move within them. In exploring this practice within urban space, I focus my essay on prairie restoration policies pursued by the Chicago Park District across the city over the past 30 years. In producing prairie areas, I argue that city agencies work to create urban landscapes existing outside of conventional expectations for public ecology. Namely, by spatializing practices of social distance, restoration policy as a form of intentional design creates separation between individuals and deteriorates the role of parks as a space for the collective. Using ethnographic, autoethnographic, and archival methods, I focus on how this separation is produced through both physical and subaltern practices and explore how physical construction can work to spatialize historical narrative. Moreover, I also discuss how this affects and reframes the role of the public while catering to the interests of the private developers and conservationists that create these geographies in the first place. 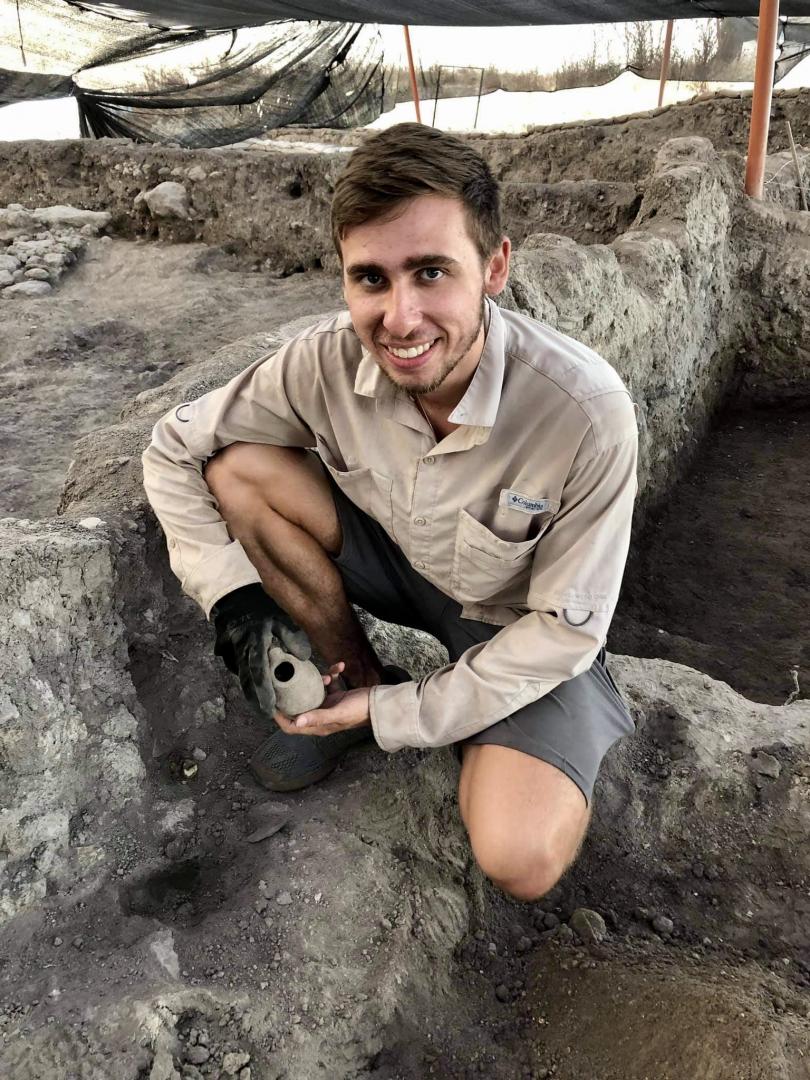 Values of Decay: Wampum and the Ruins of 19th Century American Capitalism

Wampum beads are often historicized as an archaic Indigenous currency of the American northeast: Indigenous items that Dutch and English colonizers adeptly integrated into their market economies of the mid-seventeenth century to control the fur trade, but which ultimately were unable to keep pace with the rhythms of colonial-capitalism and fell into obsolescence as a monetary form. Wampum beads, however, have always been deeply historical items, used creatively to aid in the construction of oral and written histories in the northeast for centuries. This project explores various histories from the mid to late-nineteenth century that employed wampum to ask how the beads were both appropriated into colonial projects of history making that directly contributed to Indigenous erasure at the same time that they were used by Indigenous people to recall and elaborate both ancient and contemporary alliances and promises. A central focus of this project is understanding how wampum beads were historicized in various colonial-capitalist visions of the nineteenth century as “Indian Money” while simultaneously being relegated to obsolescence or ruination because of their supposed inability to retain value as money. Put another way, this project centers on how wampum beads could historically be made into things destined to disappear because of an inability to keep pace with the supposed forward progress of modernity at the same time that they functioned as the quintessential trade good and currency of a fur trade that was itself seen as a sign of modern progress. Drawing on the archaeology of modernity and anthropological theories of value this paper asks why wampum was considered best forgotten at a time it was increasingly used as a tool of history making by a host of historical subjects with often competing visions of what history was and how it worked. 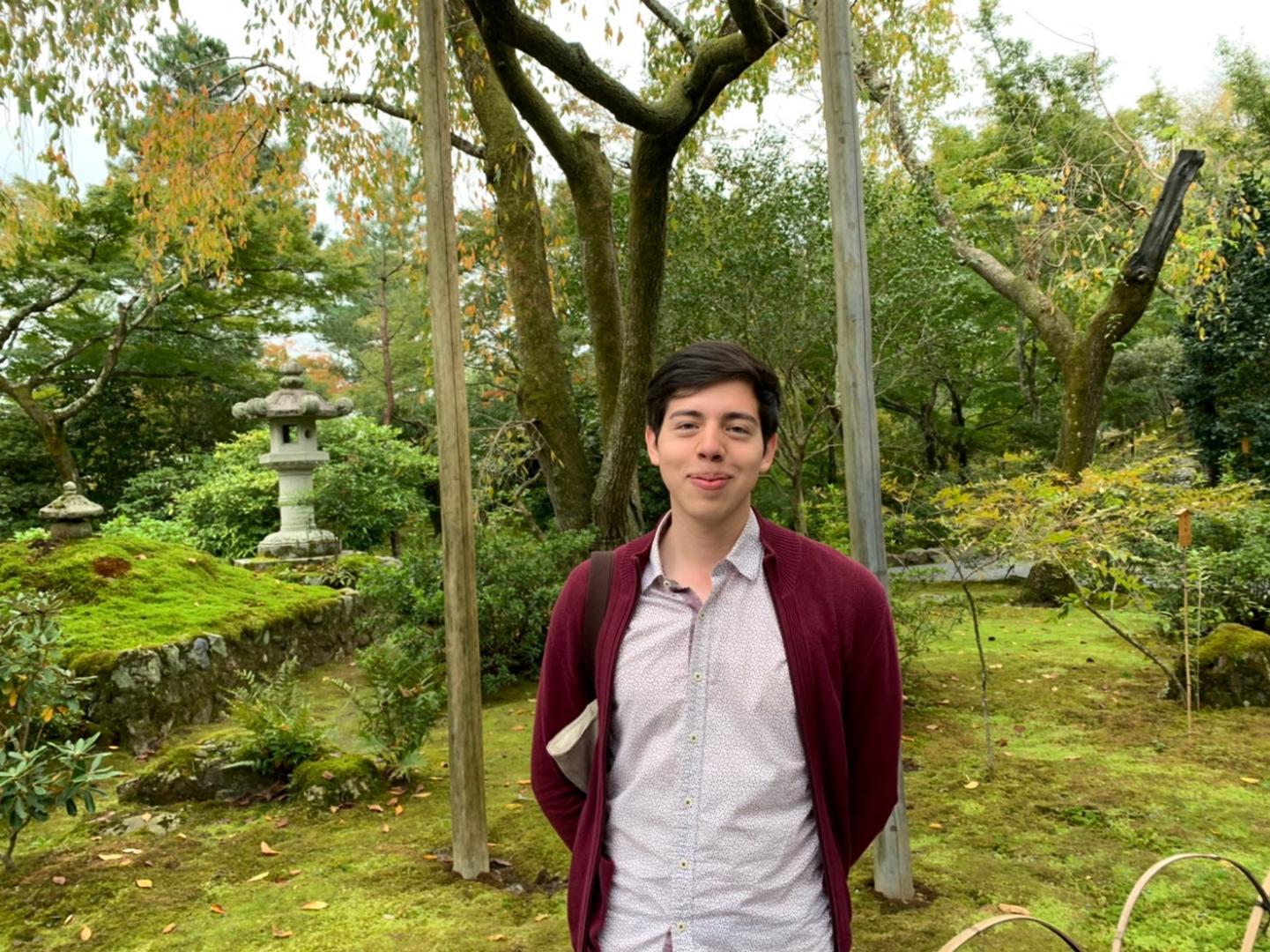 Circulation that Confuses: Tokyo Electronic Music from MOGRA to YouTube

Over the past two decades, media sharing platforms like YouTube and their associated algorithmic technologies have made possible radically new ways to consume and distribute media across the globe. Moreover, the platform economy and numerous technologies for creating media have made possible previously unthought of ways to remix and interact with digital media on a global scale. But the vast potential and complexity of these both concrete and conceptual advancements in our digital landscape also tend to mask just how highly designed, and confusing, of a media ecology they create. My research observes how our contemporary digital media landscape can give rise to confusing experiences of music and media in circulation, exploring how we can negotiate our experiences of and relations with digital media vis-à-vis this confusion. I do this by thinking with tokyo [sic] electronic music and the transnational, transmedia music assemblages it gives rise to. I take music as my object of attention and follow it from Tokyo’s brick-and-mortar electronic music scene to livestreams on Twitch and multimedia music re-uploads on YouTube. Along the way I examine how sounds and subcultures gain speed across transnational digital networks. I also think with both the troubles and potentials that collaborative filtering techniques create when used in recommendation algorithms. 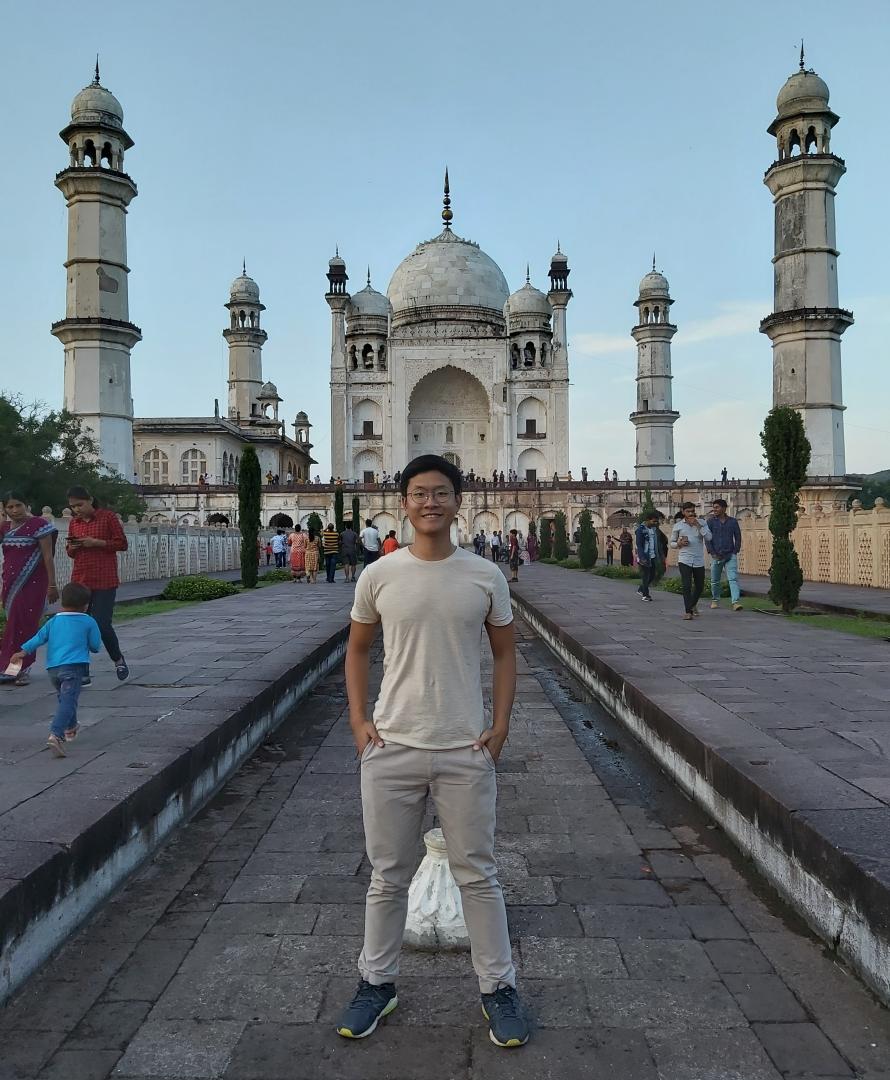 While physical retailers in Singapore grinded to a halt due to the COVID-19 pandemic, Facebook Live auctioneers continued to thrive, with the most popular auctioneers attracting thousands of viewers in their live-streamed sales sessions. My thesis takes upa linguistic anthropological perspective to ask not only how livestream platforms command the attention of viewers, but to critically investigate the playful participation of viewers to enact mass-mediated scenes of public intimacy. While much scholarshipon digital publics tend to spotlight online creators with marginalized social histories, my project is located at the intersection of the production and reception of digital intimacy. I seek to understand how viewers engage in hegemonic and ironic gender embodiment alongside the auctioneer to co-create intimate publics and scenes of heightened emotional identification. To understand the semiotic processes of gender parody in the livestream medium, I conducted a digital ethnography of the live sales sessionby The Ladyboy Marketplace (TLBM), a Singapore-based fresh seafood retailer. During TLBM live sales, star auctioneer Daniel Lee orchestrates visual spectacles of comedic cross-dressing and gastronomical excess, which viewers respond to through uptake chains of gender jokes and mass-mediated social games that sustains the stream of digitized affect and attention. I hope to show how livestream viewers are figurated into intimate publics by engaging in gendered roleplay that is unpredictable, improvisational,and creative on the multimodal interface of Facebook Live.