Ninety-Nine: Towards an Ethnography of God

ABSTRACT: According to the Islamic tradition, the quintessential human flaw is not sinfulness but forgetfulness. One tool for overcoming this forgetfulness is dhikr, the repeated recitation of God’s ninety-nine names. Yet, the ninety-nine names figure also in other ways: believers actively put them to use, calling on specific attributes of God, such as Healer or All-Powerful, to invite divine intervention, or seeking to emulate God’s attributes to become more God-like. Drawing on fieldwork in Egypt in the post-Arab Spring era, this talk reflects on Allah’s ninety-nine names, on the possibility of approaching God ethnographically, and on the question of what it is to be human.

BIOGRAPHY: Amira Mittermaier is Professor of Anthropology and the Study of Religion at the University of Toronto. She is the author of the award-winning Dreams that Matter: Egyptian Landscapes of the Imagination (University of California Press, 2011) and of Giving to God: Islamic Charity in Revolutionary Times (University of California Press, 2019), and editor of The Afterlife in the Arab Spring (Routledge, 2019). Currently she is working on a book titled Ninety-Nine which weaves together stories about how Egyptian Muslims relate to, think about, and live with (or without) God. 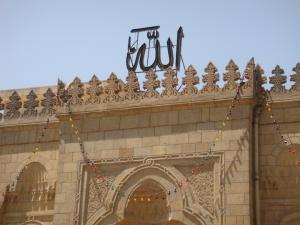 Amira Mittermaier, Towards an Ethnography of God